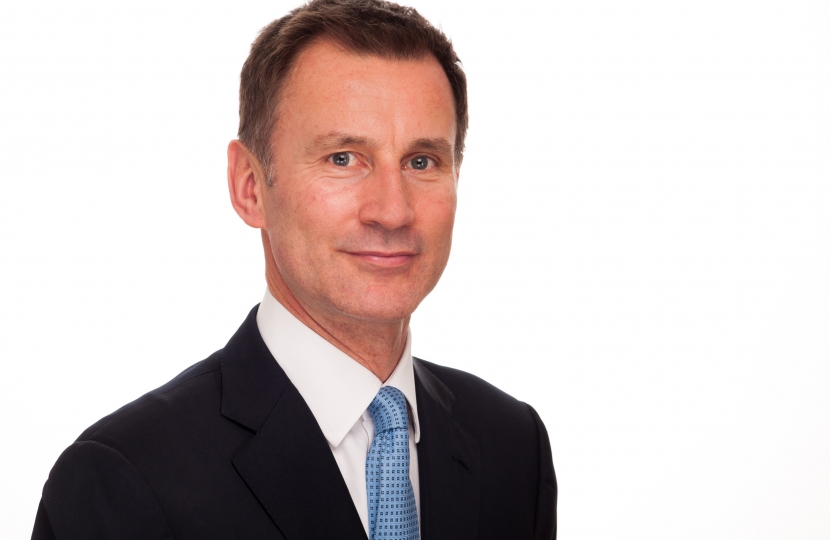 I wanted to write to say a big thank you for electing me at the recent General Election. I am hugely honoured that you have put your trust in me to represent you locally for the fourth time - and indeed honoured to have also been appointed Health Secretary for the fourth time.  As well as continuing to campaign on important local issues I will continue my mission to make our NHS the safest, highest quality system in the world by supporting our brilliant NHS staff in the vital work they do.

Of course at a national level I was disappointed we did not get an overall majority. Theresa May actually secured more votes than Tony Blair did in 1997 so it was a very creditable result in terms of the number of Conservative votes cast. But we did not reach out as effectively as we should have to younger people, and allowed our opponents to dominate social media. We also made mistakes in the manifesto, including a policy on social care that was easily misinterpreted as an attack on people's homes when in fact it was intended to be the opposite.

Now the priority is to deliver stable government and a successful Brexit. I am certain that Theresa May is the right person to do this.

Thank you to all my volunteers and supporters - but most of all thank you to everyone in South West Surrey for giving me the chance to serve our country at this vital time in our history.