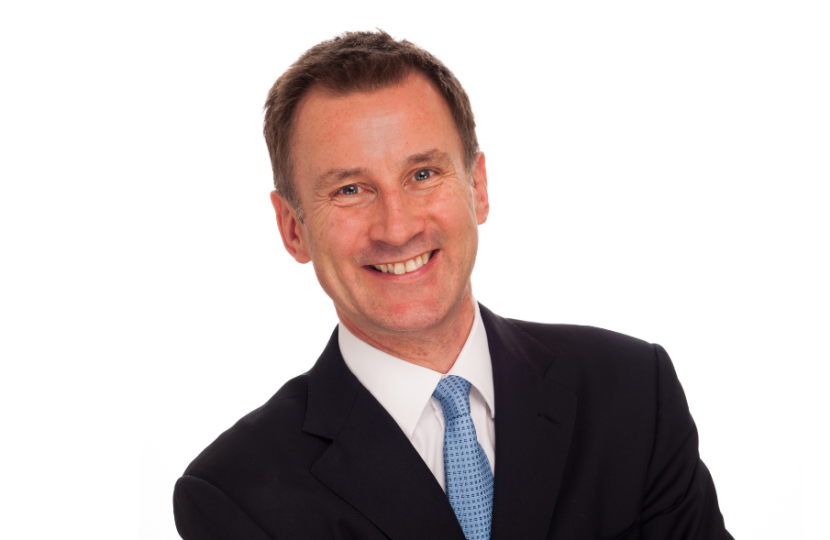 Jeremy was born on 1 November 1966 and grew up in Surrey, where his Mother still lives. He went to Charterhouse school in Godalming, a town where two different generations of his family have lived for nearly 60 years.

After leaving school, Jeremy studied at Oxford University, where he graduated with a first class honours degree in Politics, Philosophy and Economics. He then went on to work for a management consultancy firm before going to Japan for two years where he taught English and learnt Japanese. On his return to the UK, Jeremy set up his own educational publishing business, Hotcourses. The company, which he no longer owns, employs over 200 people and has become the UK's largest publisher of guides and websites to help people find the right course or college (http://www.hotcourses.com). He also set up a charity to help AIDS orphans in Africa in which he continues to play an active role www.nyumbani.org.uk

Jeremy was re-elected as Member of Parliament for South West Surrey in May 2010, increasing the Conservative majority from 5711 to 16,318. On first becoming an MP in 2005 he increased the Conservative majority from 861 to 5711. He is well-known locally for his supermarket surgeries and has campaigned actively on local issues including overdevelopment and local NHS services. He was closely involved in the successful fights to prevent the closure of the Royal Surrey and Milford Hospitals.

In December 2005 he was appointed Shadow Minister for Disabled People, where he successfully campaigned for the BBC to increase the amount of subtitling on its programmes. He also campaigned strongly for simplification of the benefits system for disabled people and individual social care budgets. In July 2007 he was appointed to the Shadow Cabinet as Shadow Secretary of State for Culture Media and Sport where he has campaigned for more philanthropy for the arts, local TV, superfast broadband, a schools Olympics and a strengthened domestic tourism industry.

In July 2018, Jeremy was appointed Secretary of State for Foreign and Commonwealth Affairs, a position he held until July 2019.

From January 2020 - October 2022, Jeremy was elected Chair of the Health and Social Care Select Committee with cross-party support.

On 14 October 2022, Jeremy was appointed Chancellor of the Exchequer https://www.gov.uk/government/people/jeremy-hunt

Jeremy divides his time between Westminster and his constituency home in Hambledon. He married his wife Lucia in July 2009 and they have a son and two daughters.