Before entering Parliament, Jeremy was an entrepreneur who set up two successful businesses following a period living in Japan.

His first business was a marketing consultancy firm based in the technology field. With his business partner, Jeremy built the company up to 27 people before leaving it to start up his second business. The business was eventually sold to the Farnham-based Whiteoaks consultancy.

Jeremy's second business was a publishing firm, Hotcourses. Having taught English in Japan, he believed there was an opportunity for a publisher to produce guide books to help students who wish to study abroad. The first guide he produced was in Japanese. It was designed to help Japanese students choose the right school or college in the UK.

Hotcourses has subsequently become the UK's largest publisher of guides and websites to help people find the right course or college. It now publishes in 8 languages and employs over 200 people. It has a foundation that funds education for children affected by HIV/AIDS in Kenya.

Since being elected as a Member of Parliament, Jeremy has stepped aside from all management responsibilities in the company he set up in order to focus on his parliamentary duties. 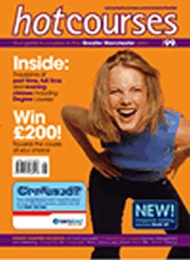