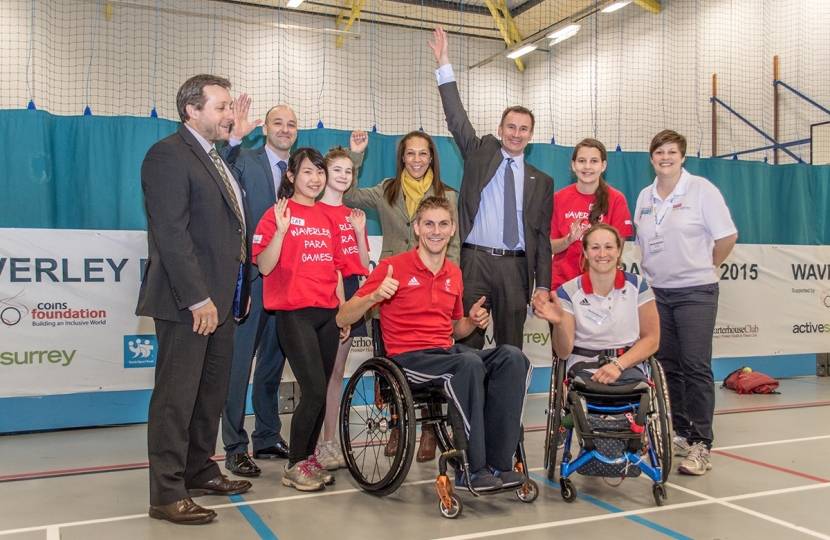 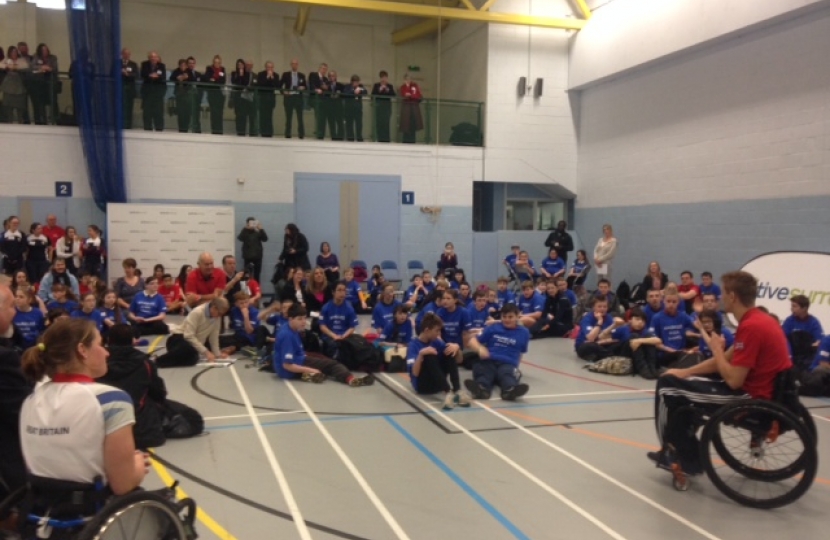 The second year of the Waverley Para Games programme follows the inaugural event last April, and was again hosted by Charterhouse Club, This year's Games was funded by COINS Foundation along with new sponsor DFN Charitable Foundation. In addition the Games attracted the support of sport's National Governing Bodies (NGBs) which, due to the Games, are interested in developing more community groups for disability sport for young people in the area.

Partner Active Surrey organised the event and mounted it this year as part of the Surrey Games programme.  Over 100 young people with SEND took part from 12 schools from the Surrey region and new to this year were paralympic sports such as Swimming, Tennis, Sitting Volleyball and Atheltics. With the help of the NGBs a new elite talent spotting element was introduced to the Games with the aim of identifying and being able to nurture local sporting talent to take forward to future Paralympic Games. Local paralympian Rachel Morris attended to cheer the participants on and she was joined by fellow paralympian, Steve Brown - captain of the GB Wheelchair Rugby team London 2012.

Jeremy Hunt said,'We have been working hard with Active Surrey to further our aim to increase regular participation in sport for SEND youngsters in the area. We are keen for the Waverley Para Games to continue to make an impact in Surrey, building on the legacy of 2012 and ensuring that there is a meaningful and lasting benefit for the young people who take part. It was a great day for all involved and to see so many young people inspired to participate in sport and gain in confidence was truly inspiring.  In the future we hope to enable them through the Waverley Para Games programme to take forward their sport, via local clubs and in school, and possibly continue on to Rio or Tokyo.'