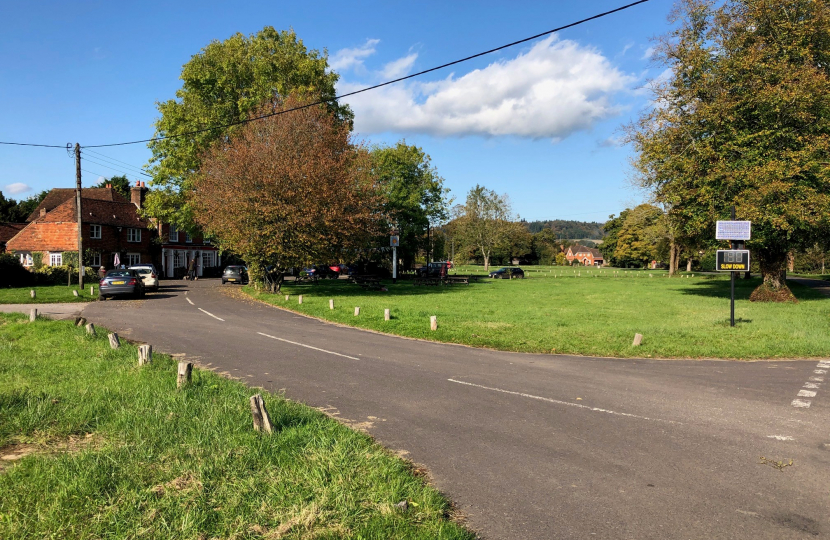 Good Law Project (GLP) is today announcing it is supporting Surrey community group, Protect Dunsfold Ltd (PDL) in its statutory challenge against the Government’s decision to allow exploratory drilling for fossil fuel on the edge of an Area of Outstanding Natural Beauty in Surrey Hills.

GLP is committing to funding the case in the same week record heat temperatures were set across the UK, and the High Court ruled that the Government’s strategy for Net Zero is inadequate and unlawful (after a challenge brought by several campaigners including Good Law Project).

‘"We have some questions. Why, in the aftermath of the hottest day ever, are we wanting to dig up more fossil fuels? Why are we doing it next to an Area of Outstanding Natural Beauty? And why is Government afraid to let the people of Surrey make their own decisions about what works for their community?

"We are proud to stand side by side with Protect Dunsfold."

“Protect Dunsfold has fought consistently for the past three years to represent the concerns of those most impacted by UKOG’s application for exploratory drilling.

Neither local nor national interest is served by imposing a project harmful to one of the nation’s most sensitive landscapes by inflicting such industrial activity whilst brushing the environmental consequences of continued fossil fuel exploration under the rug. The muddled logic of the Secretary of State’s decision speaks volumes whilst riding roughshod over local democracy and policy. We are delighted to be challenging the decision with the full support of the GLP and our expert advocacy team.”

“This important case will determine whether the government’s approach to assessing the greenhouse gas, landscape and other impacts of hydrocarbon development such as this was lawful, particularly given the sensitive location of the site in close proximity to the Surrey Hills AONB. Our clients hope to overturn the government decision as they believe it sets a damaging precedent for other similar developments.”

The challenge centres on the government’s decision to overturn a decision made by Surrey County Council to refuse planning permission to energy company UK Oil and Gas to carry out exploratory drilling for gas in Dunsfold, south of Guildford. Despite admitting it would cause ‘a significant level of landscape and visual impact’, the Department for Levelling Up, Housing & Communities, under the leadership of Michael Gove, overturned the decision in June.

PDL’s legal challenge will focus on the following grounds:

The government’s decision to grant planning permission has caused uproar in Surrey.  It has also been condemned by senior MP, Jeremy Hunt, who is the MP for South West Surrey (including Dunsfold). In a recent letter to Michael Gove objecting to the decision, he wrote:

‘I am writing to protest in the strongest of terms against your decision to grant the appeal that will allow drilling and exploration of fossil fuels in Dunsfold…With the government’s commitment to reaching net zero, its recent welcome announcement regarding the move to nuclear and renewable energy, and the continued moratorium on fracking, I cannot see how this site has any role to play in our future energy supply needs…In short it will create enormous disruption and environmental damage for little if any economic benefit.’

GLP is launching a crowdfunding page to support the funding of this case, with the aim of raising £30,000 in 30 days.  Please go here to support: https://glplive.org/surrey-hills

POLITICIAN Jeremy Hunt stepped up his campaign to help beat cancer today (Sunday 24th) as he united alongside 600 people in Cancer Research UK’s Race for Life at Guildford’s Stoke Park.