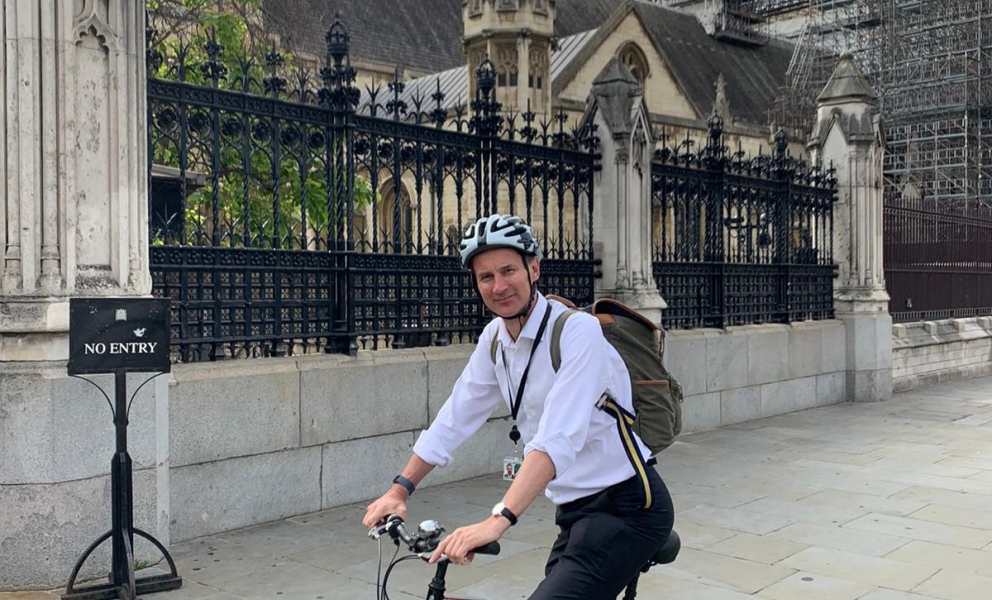 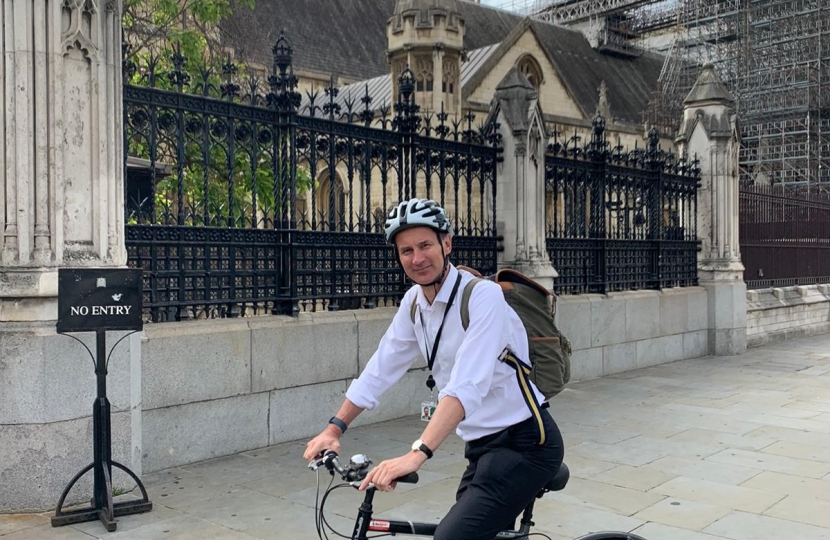 I have been a keen cyclist for many years, cycling to and from parliament from my base in Pimlico when I am not in the constituency. So I am delighted the government is using the coronavirus shock to encourage more cycling and walking - something that could make an enormous difference to the town centre of Farnham where some of the most beautiful streets in the south of England have been blighted for too long by pollution and traffic.

What has over a decade of cycling in London taught me? Firstly that the more people cycle, the easier and safer it is. In the early days, we cyclists felt very much in a minority. Navigating small roundabouts such as the north of Lambeth Bridge could be quite scary - and getting over Hyde Park Corner positively terrifying. But now more often than not you are in a peleton of cyclists which makes you feel safer - even though cyclists are not always as polite to each other as I would hope.

The other big change has been the gradual introduction of cycle lanes giving to cyclists their own safe space. This is usually cursed loudly by taxi drivers - and indeed all drivers. I drive occasionally in London and completely understand the frustration. But if cycle lanes persuade more people to abandon their cars, as well as being good for the environment it also eases congestion. Boris signed off on a lot of new cycle lanes just before he stepped down as London Mayor - we are just seeing the results come to fruition and as a result it has become a positive pleasure to cycle along the Embankment seeing London’s great sights. Initially few of us used the new cycle lanes but then they started to get busier, used by as many as 6,000 cyclists a day. Imagine the pollution from 6,000 cars instead.

The lesson is that although it took time to change habits, it has started to happen - making London cleaner, greener and much more pleasant.

Can we do the same in some of our towns in South West Surrey? For example, we are lucky to have a brilliant local cycling group in Farnham - The Farnham Cycling Campaign https://www.farnhamcyclecampaign.org.uk, led by Peter Goodman. They have​ a number of members locally and are pressing to make sure any transformation of the town centre encourages a decisive shift to cycling. One of the big challenges in Farnham are the many hills - but Peter says electric bikes, which are now the rage, make them completely manageable.

The big question is how many people could be persuaded to cycle to the town centre or station by bicycle if we had dedicated lanes? Peter is campaigning for a new cycle lane to cut through the town centre and has launched a petition to get support for it. As a cyclist I am very sympathetic, so have signed the petition even though I recognise that Surrey will have to do proper traffic studies before a final decision can be made.

But you can help us get to the right answer by completing a short cycle survey to help us gauge the number of cars we could take off the road if things were made easier for cyclists. So whatever your views - strongly in favour or deeply sceptical - please take a few minutes to fill it at www.jeremyhunt.org/cyclesurvey