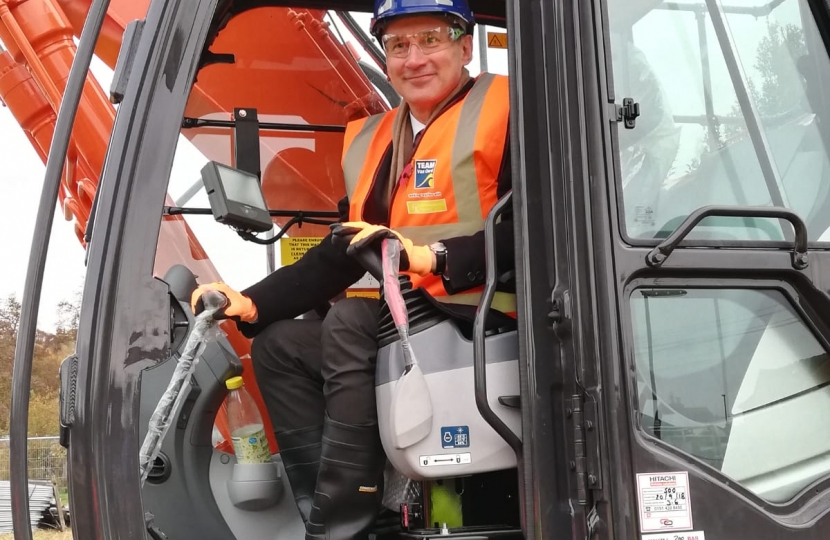 Local residents with houses badly affected by the 2013 floods will sleep more easily this Christmas following the completion of Godalming's Flood Defences.

MP Jeremy Hunt who brought together the Godalming Flood Defence Group hailed a major victory for the local community: "This was never going to be easy given how strapped for cash local authorities are at the moment but anyone who saw the devastation caused over Christmas 2013 said we CANNOT allow this to happen again."

Jeremy worked closely with local residents, the Environment Agency, Godalming Town, Waverley Borough and Surrey County Councils, all of whom contributed money to the six year project following the storms which led to some people having to move out of their homes for several months. "We now need to make sure that if the water is rising the Environment Agency has the authority to raise the road barrier instantly so no bureaucracy gets in the way of keeping houses safe," added Jeremy.

Power cuts were also a big issue in 2013, so following representations, many of the trees close to power lines have been cut back to avoid the risk of storm damage.