Jeremy Hunt, MP for South West Surrey announces the results of the Farnham Referendum on Pedestrianisation 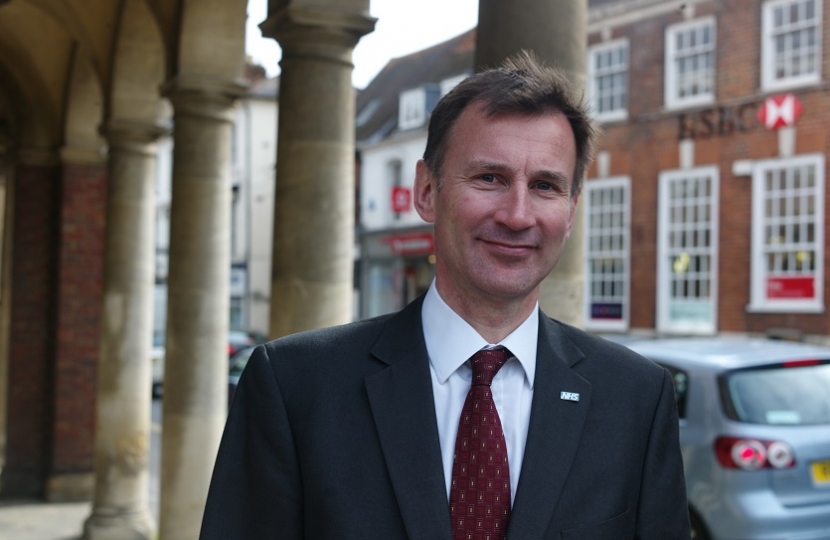 After years of campaigning for a more pedestrian friendly town centre for Farnham, Jeremy Hunt MP for South West Surrey, launched a referendum on the issue with a request to Farnham residents to vote ‘yes for change’ by supporting the principle of a shared space scheme and possible part-time pedestrianisation zone. The result was confirmed on Thursday 26th June by the Electoral Reform Services and Jeremy is delighted to announce that Farnham did vote for change, with 8, 327 votes cast with the yes votes winning with 52.4% of the vote.

The ERS confirmed that of the 8, 327 votes cast, 72 were spoiled postal ballots, 3,928 (47.6% of the valid vote) were ‘no’ votes and 4, 327 were ‘yes’ votes.  30, 542 people were eligible to vote and the turnout was 27.3%. The residents had several weeks to decide on their vote during which time Jeremy hosted three public meetings at The Bush Hotel, inviting people to attend and have their questions answered by the MP and a panel comprising councillors, traffic experts and interest groups representing the arguments for and against.

Jeremy Hunt said, ‘"This is a great day for Farnham. A clear majority have voted "yes" - but it is clear from the public meetings that many of those who voted "no" also want change but just had some reservations about the example plan sent round with the ballot. There are many challenges ahead - finding a scheme that is both practical and affordable will not be easy. But we can take heart that Farnham has spoken and that no change is not now an option. We must now give time to those with responsibility for the roads to come up with good plans.".’

Denise Le Gal, Surrey County Councillor for Farnham North said, ‘This result gives us the green light to explore, along with my colleagues in the Passenger Transport Task Group at Surrey County Council and other highways professionals, the development of an appropriate pedestrian friendly scheme for Farnham and I look forward to progressing these discussions in the coming months.