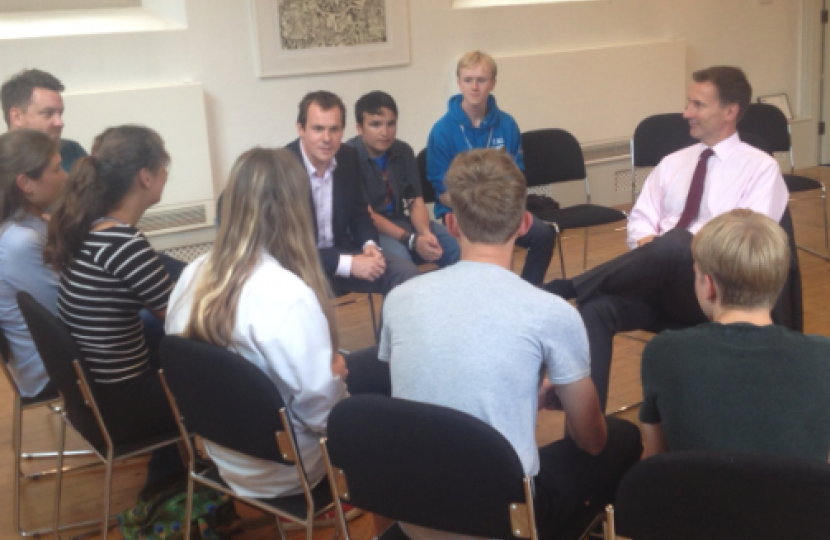 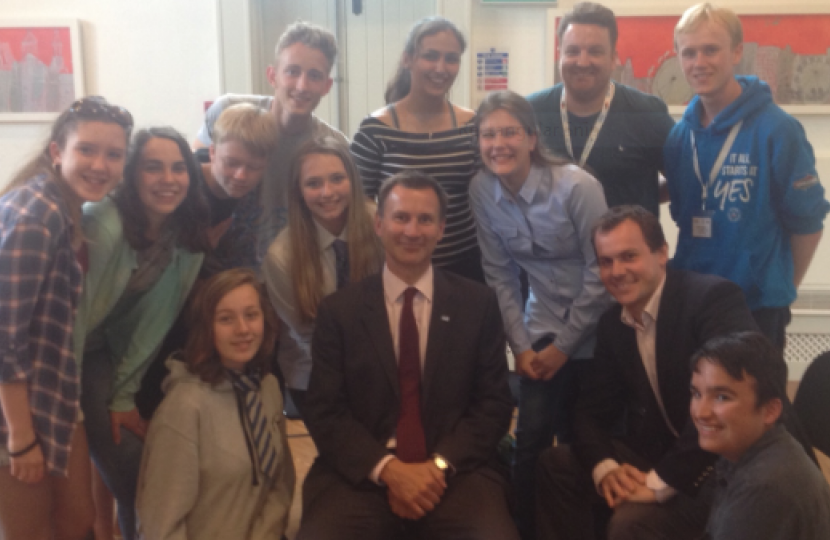 The teens were working with Godalming's The Meath to raise awareness for adults with epilepsy in their community.

NCS is a scheme which brings together 16 and 17 year olds from different backgrounds to complete a series of personal and team challenges and make a difference in their community.

Following an action-packed stay at an outdoor centre, participants spend a week learning a new skill in a university-style setting. In the final week of the programme, the young people complete projects for local charities, which allows them to use their newly acquired skills in a practical setting.

The young people from NCS campaigned in Godalming for The Meath, by having a stall and speaking to the general public about the charity and the people who use their services. The NCS participants supported the charity's own talent contest 'Meath’s Got Talent', which saw the young people host the event as well as participating and encouraging the adults with epilepsy to perform on stage.

In order to put their plans into action and to make a difference in Godalming, the group overcame challenges including talking to the general public and mixing with people from different backgrounds.

During their visit, Jeremy Hunt met a group of young people from across South West Surrey and discussed their thoughts on the NCS programme and the importance of volunteering.

Jeremy Hunt MP for South West Surrey said: “This partnership between The Meath and NCS has proved a great success. Both the charity and National Citizens Service change lives by the services they offer so it is great to see them teaming up. Young people in particular can learn a lot from working with people who face huge disadvantages.”

Over 1,500 young people from Surrey will take part in NCS between June and September.

These activities were organised by The Challenge, the UK’s leading charity for building a more integrated society and the largest provider of NCS in England.