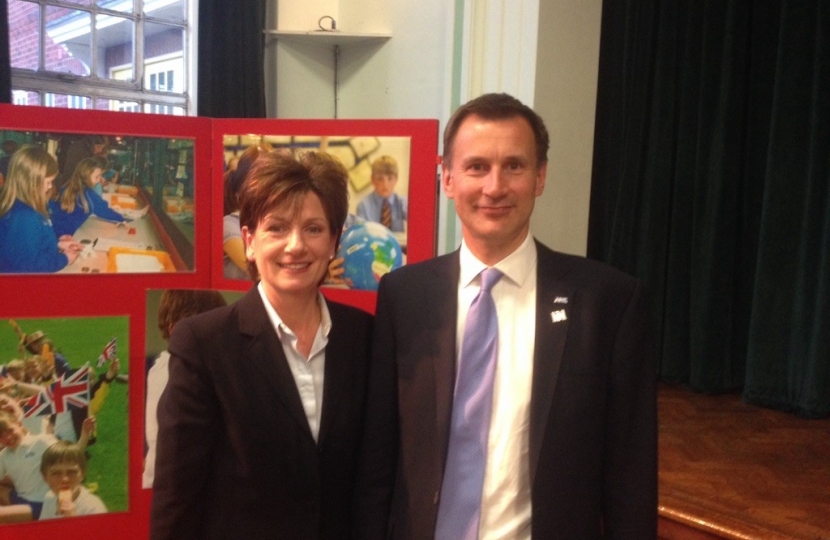 Many of you have written to me asking my views on the forthcoming EU referendum, so I wanted to respond by letting you know why I will be voting to remain. Like you I only have one vote - but as you elected me to serve as your MP I have a duty to explain to you why I have decided to vote this way.

I am passionately proud to be British. Our small island has only 1% of the world's population - but has shaped the globe in a way no other country can claim, both in the expansion of free trade and the spread of democracy and the rule of law. We are today perhaps the fifth most powerful nation on the planet. I believe we have a global vocation to continue to be a champion for values that benefit humanity, not just in our own country but across the globe.

Leaving the EU would be the biggest loss of British power and influence since the Suez crisis. Both we and the rest of the world would be the poorer for it - and those who do not share our values would rejoice. It could, incidentally, trigger the collapse of the EU. Whilst some Eurosceptics (amongst whom I have always counted myself) might celebrate that thought, what about the impact on poorer, weaker countries like Romania and Bulgaria? Would they turn to their bigger Russian neighbour? We might leave the EU but geographically we remain part of Europe and over centuries we have learnt that problems on the continent invariably end up sucking us in whether we like it or not.

Then there is the impact on the economy. Not one reputable independent economic forecaster thinks it will be anything other than negative - possibly tipping us into a Brexit recession meaning thousands could lose their jobs and the government would have less money to spend on public services like the NHS. Why do they think this? Because they know what we Brits have always known: that our prosperity is closely linked to free trade, and anything that puts up barriers to that trade would make us poorer.

However Vote Leave say they will leave the single market - the only part of the EU that Margaret Thatcher actually agreed with. I have no doubt over time we would negotiate new trade agreements - but would they be as good? I doubt it very much. Other European countries would be on a mission to show that Brexit didn't work in order to stop other countries following us. We could expect a sustained assault on London's financial services industry, which for all its problems is a massive creator of jobs, wealth and tax revenues for our public services. But even if we did negotiate a good deal, it would take time and the uncertainty created in the meantime would be hugely damaging.

Finally there are concerns over immigration. I have always thought that whilst uncontrolled immigration is very damaging, controlled migration is beneficial to our country. The NHS and social care systems would fall over without the 135,000 EU-born workers we have now. And while we have recently had a spike in EU workers coming here because our economy has powered ahead, it is partly because they have come here that our companies have been able to expand so successfully.

But would migration really fall if we left the EU? Norway and Switzerland had to concede free movement of people to get access to the single market and Australia has higher immigration per head than we do. If we pulled up the drawbridge and stopped migration we would be like Japan - mired in decades of recession because their companies find it so hard to expand. Brexit does nothing to solve the sensible debate we need about the role of controlled migration in any modern economy - but it would probably plunge the economy into recession which would be a terrible price to pay for those who lost their jobs.

We are the country of Darwin, Newton, Shakespeare and Churchill. The country that dominated much of the world with our empire and continues to dominate it with our culture and values. But we do that by being open to the world outside, learning from it, trading with it and standing up for open markets and the rule of law. Not one country friendly to Britain wants us to leave the EU because they know how much it would diminish our strong British voice and our economy that is starting to roar once more. Let's not put all that at risk.